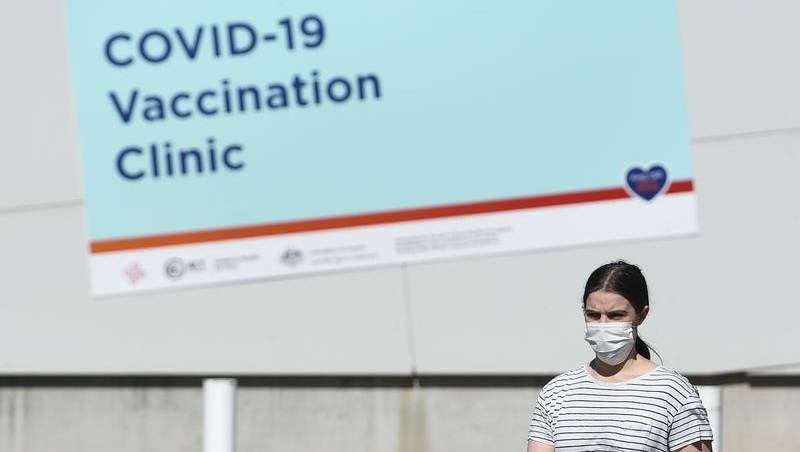 The ACT has added 25 new locally acquired infections to its COVID-19 caseload.

There are 430 active cases across the territory in total with more than 700 patients also having recovered from infection.

Health authorities say 97.1 per cent of Canberrans have received a first vaccine dose while 69.3 per cent have also had a second jab.

The ACT conducted more than 4000 COVID-19 tests in the 24 hours to Friday evening.

Meanwhile, more pop-up or walk-in clinics could be rolled out in the ACT in a bid to boost vaccine rates among the young.

The ACT government is considering all options after people aged between 20 and 24 were revealed as having the lowest take-up rate for the vaccine. As of Friday, first-dose rates for the group exceeded 74 per cent.

However more than 84 per cent of 12 to 15-year-olds have received their first jab, just over a month after they became eligible.

Health Minister Rachel Stephen-Smith says work is being done on targeting more people in the 20 to 24 age bracket.

She says getting the message across to young men who don’t look at government social media is important.

“We’re doing work to see how we can better target that age group and look at the gender breakdown to see whether it’s young men or young women or both,” she said on Friday.

Despite the relatively low take-up, vaccine rates among 20 to 24-year-olds in the ACT are the second highest in the country, only behind NSW.

The ACT reported 40 new COVID cases on Friday, the majority of which were linked.

There were no new cases linked to a cluster at a special care nursery at Centenary Hospital.

As of Friday, the cluster stood at five, including two babies, with investigations ongoing as to how the outbreak started.

As the ACT enters its final week in lockdown, there is still growing uncertainty for residents in communities near the border when NSW eases its own COVID restrictions on Monday.

While exemptions are in place for travel to some cross-border communities, Ms Stephen-Smith says the ACT is looking at expanding regional travel limits.

Tourism activities or day-trips are not being considered as part of the potential relaxed restrictions but people being allowed to visit families is under discussion.

The ACT’s lockdown is set to end on October 15.