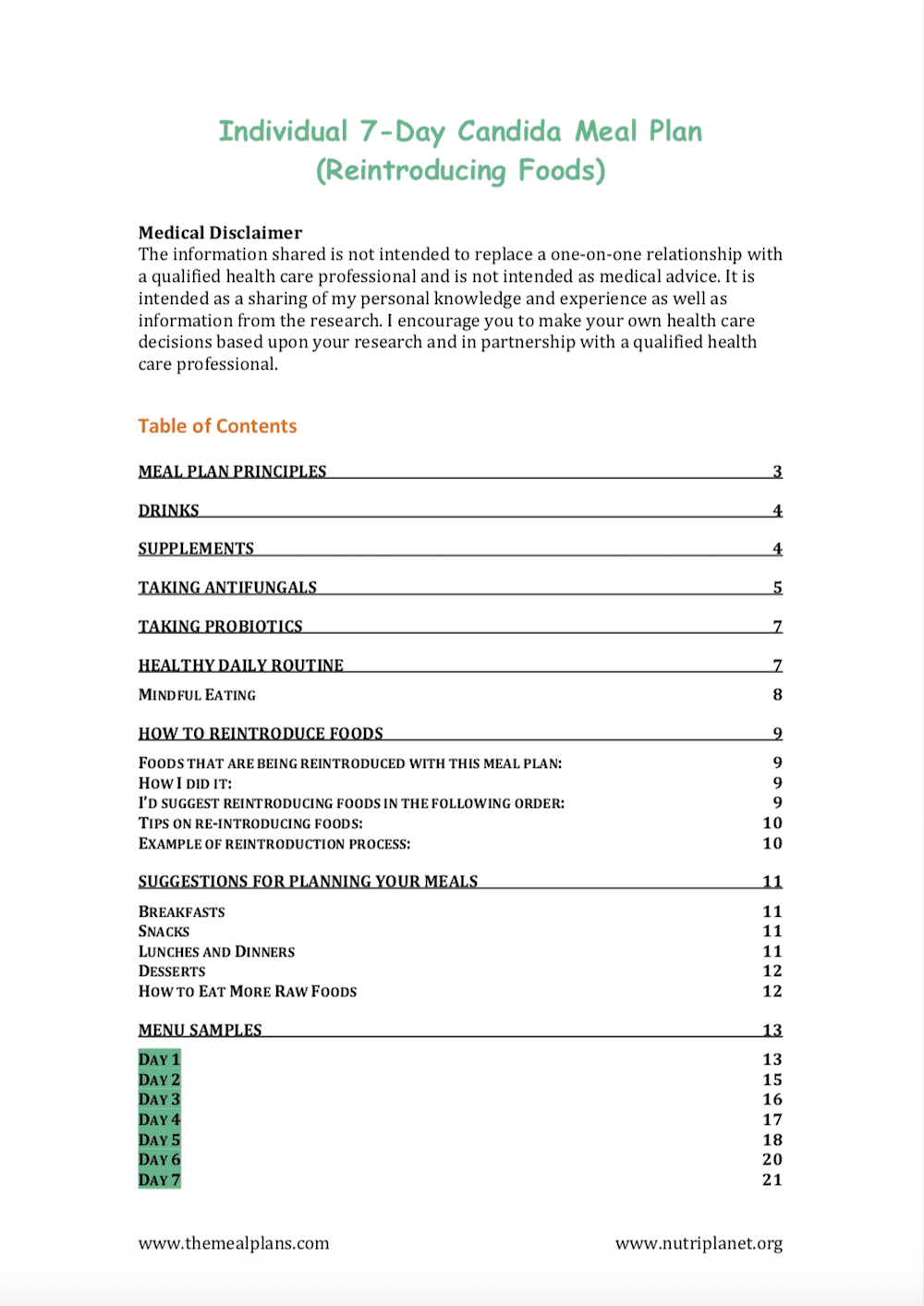 Many people, myself included, find that digestion and energy have improved and better lifestyles have been discovered. Provided a decent diet is maintained, signs of yeast overgrowth should be absent. Of course this includes chronic infections, but also improved skin, a clear head, no more bloating: basically, whatever symptoms triggered you to reduce candida through a cleanse should be gone after the cleanse. Maintaining long-term benefits means taking everything in moderation, and keeping up on supporting a healthy immune and digestive system such as continuing probiotics. Even a relapse in a healthy diet should be no cause for problematic yeast, however if signs of overgrowth continuously reemerge, the cleanse may not have been completely effective, or something in a diet may need to be reduced or avoided again. All cleanses, successful or not, should have slow transition times for reintroducing food. No cake, wine, and coffee in the same meal the morning after your last cleansing day! Reintroduce foods one at a time, over intervals of time; some people find that certain foods, like alcohol, can quickly give yeast more fuel. Even if you splurge, wait a few days between having the food again to see how your body responds. Though I reintroduced green tea, which has limited caffeine, back into my diet on day five, I did not have a cup of earl gray for nearly three weeks after my cleanse was over. I poured myself half a glass of wine about two weeks after the cleanse, and then waited at three days before having another half glass.

You’ve cleansed your body’s vital systems of toxins. Now you’re feeling good, and it’s time to get back to a regular diet that doesn’t include the foods that were responsible for creating toxicity in your body. This is also a good time to assess the foods to which you may have allergies or intolerances. Foods that more commonly cause sensitivities, such as wheat, dairy, corn, soy, yeast, and sugar, should also be reintroduced slowly. Avoid those foods that were causing inflammation in your body. The key is to eat foods that enable proper absorption of vitamins and minerals and to reintroduce foods one at a time, every three or four days. As you reintroduce certain foods, you will be the judge how they affect you overall. The best way to assess food sensitivities or allergies is by using a detailed diary outlining what food was reintroduced and the symptoms associated with that food, if any.

Reintroducing food I find a little daunting as I naturally worry that it might make me ill again. Well I have had a few mixed reactions from my reintroducing food tests. This has been good psychologically as I eat the pumpkin seed ryvita ones normally which are yeast free so I pretty much forgot I was eating yeast. Not too fussed about that one but good to know that cutting out foods has been making me feel better. However at the time tasted great — just really refreshing. The main issue from this is that as I have no sugar in my diet it really coats my teeth and I find I get a sugar rush almost immediately. Also it reacts with my tongue and causes my candida to start regrowth.