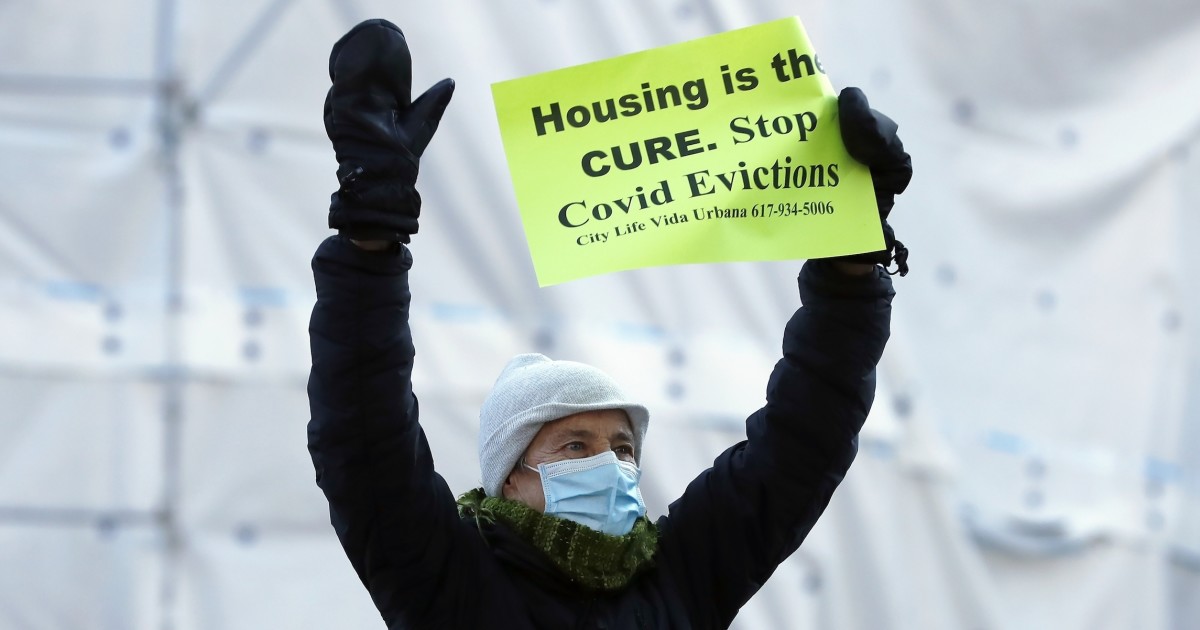 It was a bad day for both mom-and-pop landlords and the Constitution. On Aug. 3, the Biden administration extended the nationwide eviction moratorium, dooming countless small landlords to financial ruin while openly flouting the Supreme Court, which made it clear a month earlier that an extension would require legislation. So much for the president who promised to “restore” the rule of law.

Due to the moratorium, landlords big and small have already gone more than a year facing unpaid rent that is costing them $ 14 to $ 19 billion each month. After the CARES Act’s eviction moratorium expired on July 24, 2020, the Centers for Disease Control and Prevention stretched its regulatory authority beyond recognition by enacting its own more extensive moratorium, including criminal penalties of prison and fines.

Federal agencies have no stand-alone power to make law, so the CDC relied on a 1944 statute that delegates the authority to “make and enforce such regulations as in [its] judgment are necessary to prevent the introduction, transmission, or spread of communicable diseases.” The CDC’s expansive reading of that provision to encompass an eviction moratorium is unprecedented, based on the disingenuous claim that a moratorium is necessary to slow the spread of COVID-19, and constitutionally dangerous. As the landlords in a legal challenge to the moratorium correctly argue , the CDC’s expansive reading gives it “free rein to do anything it can conceive of, if it merely asserts that it subjectively believes the action helps slow the spread of disease.”

The Supreme Court’s ruling on the moratorium arose from a case brought by the Alabama Association of Realtors and others, in which a federal trial court struck down the moratorium as exceeding the CDC’s statutory authority. As the court explained, construing the 1944 statute to extend “a nearly unlimited grant of legislative power,” as the CDC does, would “ignore its text and structure” and “raise serious constitutional concerns.”

Read More:  What should do after copenhagen diet

A plain reading of the relevant section of the statute, originally captioned “Quarantine and Inspection,” shows that the power it grants to the CDC is actually limited to quarantining contagious people and measures such as inspection, fumigation, disinfection, and pest extermination.

Federalism concerns are also raised because the CDC is regulating the landlord-tenant relationship, traditionally left to the states, and voiding all the state laws that provide for an eviction process. Supreme Court precedent requires “a clear indication” from Congress if it intends to override the “usual constitutional balance of federal and state powers.” A statute that, on its face, applies to quarantines, inspection, and disinfection provides no clear indication that Congress intended to override the states’ landlord-tenant laws.

“I agree … that the [CDC] exceeded its existing statutory authority by issuing a nationwide eviction moratorium. Because the CDC plans to end the moratorium in only a few weeks, on July 31, … I vote at this time to deny the application to vacate the District Court’s stay … [C]lear and specific congressional authorization (via new legislation) would be necessary for the CDC to extend the moratorium past July 31.”

Read More:  Why you should stress test home loan repayments

Biden’s defiance evokes memories of President Barack Obama administratively imposing the DREAM Act after telling the country he didn’t have the authority to go around Congress. Similarly, Biden administration officials admitted they lacked the authority to extend the moratorium right before doing so anyway under pressure from the Democratic base. The day before the extension, White House adviser Gene Sperling told reporters that “the president has not only kicked the tires, he has double, triple, quadruple checked … [and we] have been unable to find the legal authority for even new, targeted eviction moratoriums.”

The president admitted that his goal was to buy “some additional time” before the moratorium likely gets struck down again. Meanwhile, the severe financial damage being done to landlords, especially mom-and-pop housing providers who count on monthly rental income to pay their bills, is mounting. And the people who temporarily rented out their own homes have no way of returning when the tenant refuses to leave.

That Biden caved to his base, rather than listening to the Supreme Court and his own legal advisers, confirms that the eviction moratorium is all about politics. It has nothing to do with preventing the spread of COVID-19, and the courts should not hesitate to put an immediate end to it before it does more damage.

Curt Levey is a constitutional law attorney and the president of the Committee for Justice.