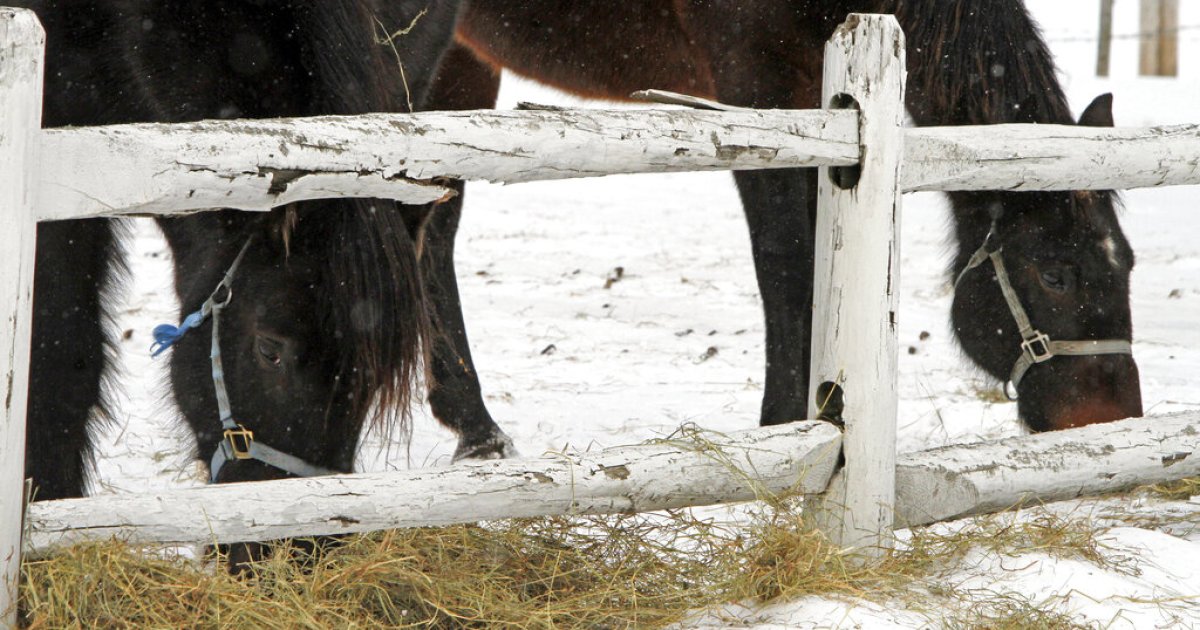 A store in Las Vegas is requiring any customer who wants to buy ivermectin, a drug primarily intended to treat parasitic worms in animals, to bring a photo with their horse.

Several people are seeking ivermectin this summer to try to treat or prevent COVID-19 despite warnings from health officials, causing V & V Tack and Feed to be sold out of the drug, according to KTNV in Las Vegas .

Store associate Shelly Smith told the outlet demand began to rise months ago, and that’s when she put up a sign warning customers that ivermectin can be dangerous to humans.

“The first sign came about several months ago when you started seeing articles about ivermectin treating COVID. So, when I was ordering my ivermectin, I noticed our distributors had that [warning], so I figured let me hang one too just to let people know, ‘Do not take this,'” Smith said.

But, according to the report, Smith said customer interest in the drug remained high, with four or five people inquiring about it each day.

Smith said she even told an older man visiting the store who explained to her his wife wanted him to be on an “ivermectin plan” that it was not safe for him to take. “And he says, ‘Well, we’ve been taking it and my only side effect is I can’t see in the morning.’ That’s a big side effect, so you probably shouldn’t take it,” she said.

All this led her to put up a second sign demanding a proof-of-horse photo.

“I don’t want people taking ivermectin horse wormer because it’s horse wormer. You need to prove to me that you have a horse in order for me to sell you this product because you should not be taking this product. This is not for humans to take. This is to treat parasites in horses,” Smith said.

The sign itself says: “Ivermectin will only be sold to horse owners *Must show pic of you and your horse*”.

A research article released in June described the effect of ivermectin as being effective against SARS-CoV-2 but only in a laboratory setting, which the Food and Drug Administration said is “commonly used at an early stage of drug development” and “additional testing is needed to determine whether ivermectin might be appropriate to prevent or treat coronavirus or COVID-19.”

The drug is FDA-approved to be prescribed to humans for some infections caused by parasites , but the FDA stressed : “It is not approved for the prevention or treatment of COVID-19. You should not take any medicine to treat or prevent COVID-19 unless it has been prescribed to you by your health care provider and acquired from a legitimate source.”

“Don’t do it. There’s no evidence whatsoever that [Ivermectin used to treat COVID-19] works. And it could potentially have toxicity, as you have just mentioned, with people who have gone to poison control centers because they have taken the drug at a ridiculous dose and wind up getting sick. There’s no clinical evidence that indicates that this works,” Dr. Anthony Fauci, President Joe Biden’s chief medical adviser, told CNN on Sunday.

CLICK HERE TO READ MORE FROM THE WASHINGTON EXAMINER

Prescriptions for ivermectin rose to more than 88,000 in the week ending on Aug. 13, which is above a pre-pandemic baseline average of 3,600 each week, according to a study cited by the Centers for Disease Control and Prevention . Calls to poison control centers about the drug have spiked in states across the country .

The CDC urges people to get a COVID-19 vaccine , which the agency stresses are “safe and effective,” as soon as possible.