More than 1.8million Britons say they are suffering from ‘long Covid’, survey finds

More than 1.8million Britons have suffered from ‘long Covid’ after catching the virus, an official survey suggested today.

And another 1.36million claim they may have been struck by the condition, which can cause fatigue, shortness of breath and difficulty concentrating.

The Office for National Statistics questioned 39,000 Britons for the study.

It included more than 5,400 participants who tested positive for Covid or thought they were infected during the first wave, when few swabs were available.

Their survey also estimated people who had long Covid were almost twice as likely to experience depression compared to those that never contracted the virus.

Politicians warned the results showed the ‘shadow’ of long Covid was ‘even worse than feared’ across the country.

Scientists are not sure exactly how many people are suffering from long Covid but it’s thought one in five survivors are struck down in some form.

There is currently no medical definition for the condition, or treatment. But the NHS has opened up dozens of clinics across the country to help sufferers and give them personalised care plans. 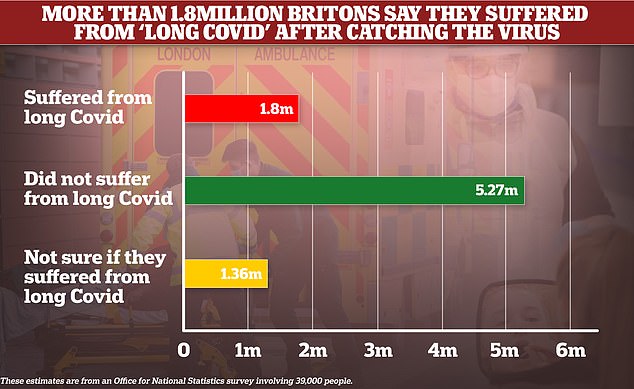 Office for National Statistics estimates showed 3.6 per cent of people said they had suffered from long Covid, the equivalent of 1.8million (red bar). A further 2.6 per cent said they were not sure whether they had the condition, or 1.36million (yellow bar). The ONS estimated more than 8million people in Great Britain have caught the virus since the pandemic began 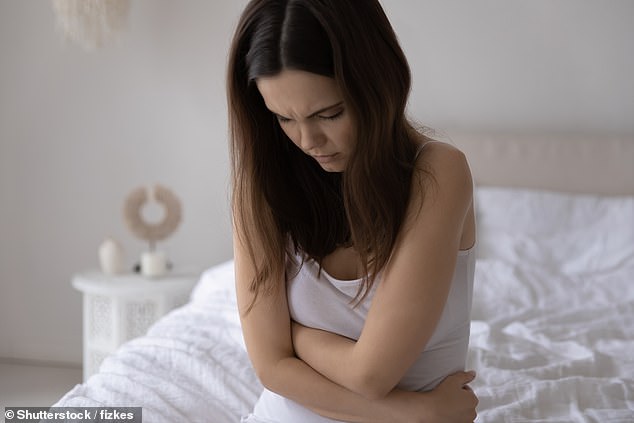 Long Covid sparks debilitating symptoms including fatigue, muscle pains and shortness of breath. It is thought to strike around two in ten people who catch the virus

The ONS used responses from their survey carried out between April and June on over-16s to estimate the prevalence of long Covid in Great Britain.

More than 5,400 claimed they had previously been infected, equating to 8.5million people in the country.

Of those, 22 per cent said they’d experienced long Covid — or more than 1.8million.

And another 16 per cent said they weren’t sure whether they had suffered from the condition, or 1.36million.

Overall, it meant 3.6 per cent of respondents claimed to have had long Covid.

Being too fat could be one of the main risk factors for long Covid, British scientists believe.

They have launched a trial to investigate whether losing weight can ease symptoms of the poorly-understood condition in overweight and obese people.

Glasgow University researchers will recruit 200 Britons who have survived Covid but are debilitated by lingering symptoms months later.

Half will be put on strict 850 calorie soup and shake diets, and the rest will carry on with their normal meals and attend long Covid clinics.

The groups’ symptoms, weight and quality of life are to be monitored for six months and compared, before the remaining patients are added to the weight loss scheme.

Previous research has shown infected people with too much body fat are more likely to suffer long Covid, as well as being at higher risk of serious illness from the virus itself.

Obese people often have underlying health woes such as high blood pressure and inflammation, which make them more vulnerable to infectious diseases.

The ONS did not say how long someone’s symptoms had to persist for before they can be said to have the condition.

Nor did statisticians ask respondents for any evidence that they had the illness.

And rates were highest among adults in their thirties and forties, the same data showed.

The results suggested over-70s were least likely to suffer from the condition (1.5 per cent).

The survey also suggested three in ten people who had the condition said they were suffering from moderate to severe symptoms of depression in the last two weeks of the study.

For comparison, the rate in the population that did not contract Covid was only 16 per cent.

A quarter of long Covid sufferers said they also had anxiety, compared to 15 per cent of those who said they had not been struck down.

Chairwoman of the All-Party Parliamentary Group on Covid Layla Moran said: ‘These striking figures highlight the immense impact long Covid is having on people’s day-to-day lives, and the total inadequacy of the Government’s response so far.

‘From people’s mental health to their household finances, the shadow cast by long Covid over our society is even worse than feared.

‘Boris Johnson’s reckless choice to allow cases to surge risks leaving more people with this debilitating condition, with devastating consequences for the economy and NHS.

‘An urgent strategy is needed to respond to the threat posed by long Covid and provide support to the thousands of people suffering from the long term consequences of this pandemic.’

It comes after scientists slammed the Prime Minister for risking a wave of long Covid this week by going ahead with Freedom Day.

No10 threw off most remaining restrictions in England, despite infections continuing to surge.

Experts fear daily cases will break through the 100,000 barrier within a fortnight.

Boris Johnson has placed his faith in vaccines to keep hospitalisations and deaths at low levels, even with soaring cases.

Nearly nine in ten adults in the country have got at least one jab, which dramatically slash the risk of hospitalisation and death from the virus.

But they do not work as well in stopping people getting infected in the first place.

Scientists say even Covid patients with mild and symptomatic illness can be struck down months after beating the virus. 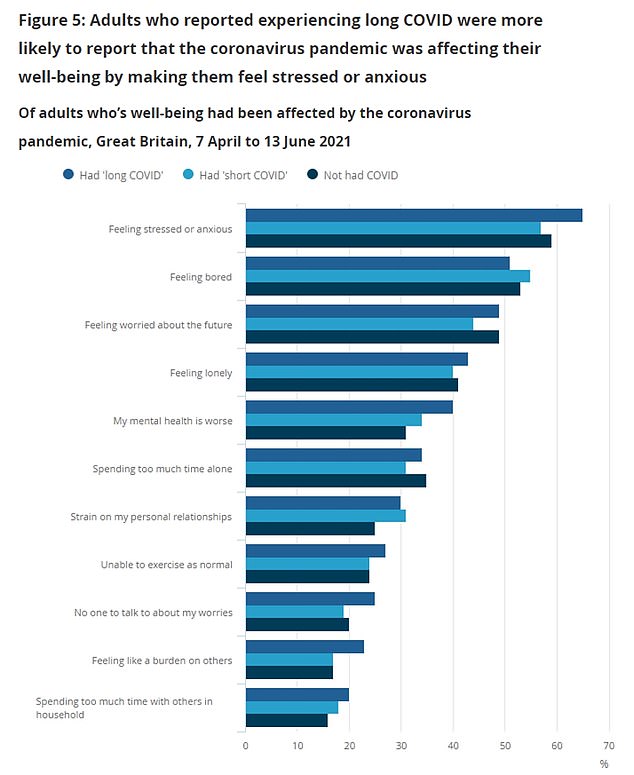 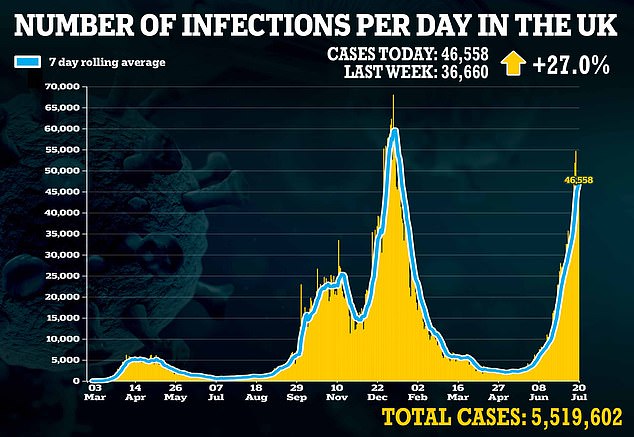 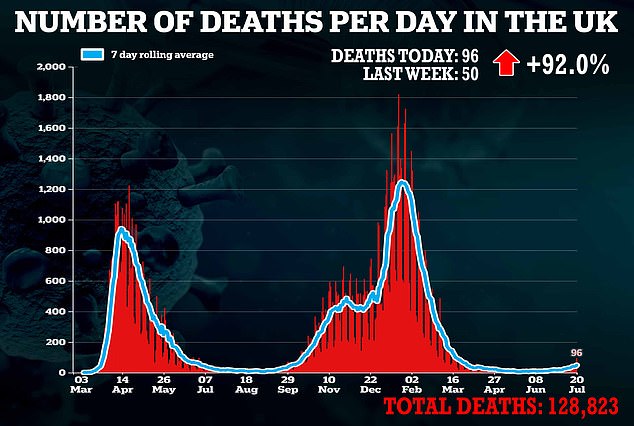