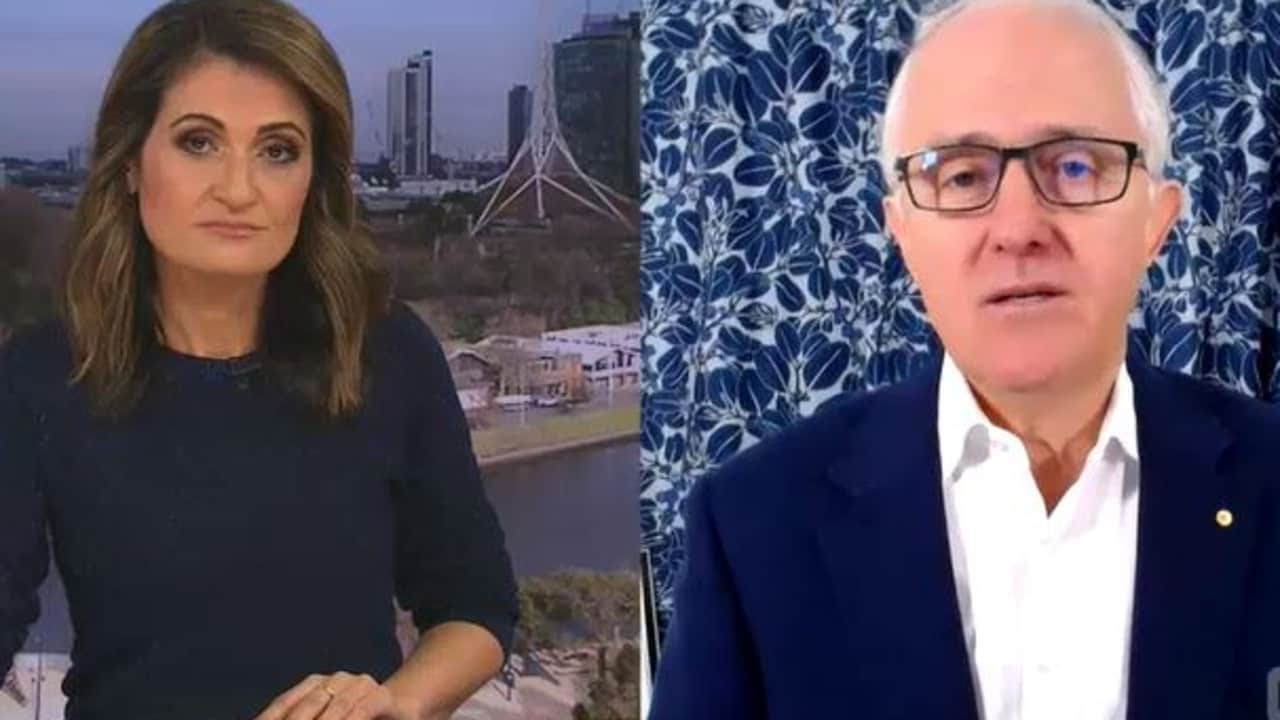 Speaking to ABC News 24’s Patricia Karvelas on Thursday, Mr Turnbull said it was “hugely disappointing” that only close to eight per cent of Australia’s adult population are fully vaccinated against Covid-19.

“We are way behind where we need to be and really its inexcusable,” he told the program.

“The other developed countries are so far ahead of us the reason we’re so far behind is because the government last year didn’t buy enough vaccines.

“They didn’t buy nearly enough Pfizer, they didn’t buy any Moderna, it’s a comprehensive failure of administration I’m afraid, you can’t put a gloss on it, it’s not a philosophical issue or a policy issue … this is just a failure to do the one single most important job the Commonwealth government had which was to get the country vaccinated.

RELATED: US passes major milestones as Australia continues to lag

Mr Turnbull said he “can’t think of a bigger, black and white failure of public administration than this.

“Governments make lots of mistakes of course as well do, but this was something that was very doable, get plenty of vaccines and get people vaccinated as rapidly as possible, that’s what we were told was going to happen.

“We were warned that if we were not vaccinated quickly we would be sitting ducks at the risk of new variants.

Read More:  Steven scientist who speaks about plant based diet

“These lockdowns are a consequence of the failure to get the vaccination done and it’s a massive fail.

It comes as states rebelled against new rules announced by the Prime Minister allowing AstraZeneca to be given to young people despite the risk of a rare blood clotting disease.

On Monday night, Mr Morrison said national cabinet had agreed on a new no-fault indemnity scheme for GPs to give the AstraZeneca vaccine to Australians under the age of 60, who are willing to accept the extremely rare blood clot risk.

But QLD and WA both quickly refuted the advice, with Premier Annastacia Palaszczuk claiming there had been no national cabinet agreement and WA’s Mark McGowan saying he had been advised those under 40s should not get the jab.”

In an interview with 7.30 last night, Palaszczuk doubled down — saying the Prime Minister’s announcement had taken her by surprise.

“It was extraordinary to hear the Prime Minister say the other night after national cabinet that a decision has been made to give AstraZeneca to people under 40,” she said.

“There was no such decision taken at national cabinet. We merely noted that the Commonwealth will be giving an indemnity to GPs. So I was very concerned.”

Mr Turnbull described the current situation as a “mess” and said the idea that Mr Morrison had not discussed the policy after a meeting of national cabinet was “extraordinary”.

“I don’t know whether that was a thought bubble, I don’t know whether Scott had workshopped that before, but the fact you have some premiers, chief medical officers disagreeing with it and very vocally, obviously undermines confidence in the vaccine.

“There’s plenty of countries we could have shared surplus vaccines with, how on earth we got to the point where we were short of vaccines we needed, let alone the confusion … it’s mind boggling.

“Vaccine hesitancy is a problem every where and at every time, it is as though governments are trying to do their utmost to maximise it at the moment with all of the disagreements and confusion.

“It’s a mess, that’s the technical term,” he joked.

Jane Halton, co-chair COVAX initiative and chair of the Coalition for Epidemic Preparedness Innovations, told Karvelas yesterday that it was “time for some very simple messaging for people so they understand what’s going on”, as states continue to argue with the PM over the AstraZeneca jab and supplies continue to lag.

Mr Turnbull criticised the Morrison government for putting all their “eggs in one basket”.

“The idea of being left short, that is simply inexcusable and it is baffling and people around the world who looked at Australia … are now amazed.

“You have to scratch your head and ask yourself how on Earth could we have got into this situation? How on Earth do you have people with covid working on the front line and not being vaccinated?

“There’s a lot of questions here.”