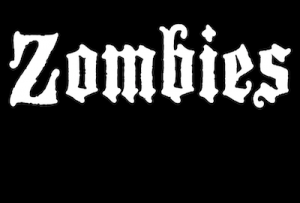 Although I am advancing rapidly into almost complete retirement, there are some days/weeks when I can’t refrain from pointing out some of the troubling health care news I see.  This is one such week.

My local Star Tribune newspaper delivered this front page news: University of Minnesota, Mayo report COVID-fighting success with anti-aging therapy.   COVID-fighting in mice, that is, which was revealed in the second paragraph:

Survival increased in mice with COVID-like illnesses when they received drugs that removed senescent cells — sometimes called “retirement” or “zombie” cells that no longer divide or grow, but persist in the body,

Mythology depicts a zombie as something you think is dead but it’s not.  Zombie health care news is not dead.  This story is based on interesting mouse research, but it’s still mouse research – not front page news in my view, unless you have a huge circulation in the rodent population.

Many observers are stunned that the FDA approved the drug aducanumab for Alzheimer’s disease, after not one member of an FDA advisory committee voted to recommend approval.  Conflicting studies did not resolve questions about evidence.  The proposed cost for this low-evidence drug could bankrupt Medicare. Many news organizations have done a very good job of highlighting the problems.  Yet, I still see stories like these:

These stories reside in the depth of the daily drumbeat of dreck in health care news.  Run from it; there is zombie life oozing from that dreck. It won’t die.

The Washington Post presents another of its pharma-funded “Chasing Cancer” events. This one is sponsored by AstraZeneca, in return for which the Post gives the sponsor time in the program:

A segment presented by AstraZeneca will feature their executive vice president of the oncology business unit, Dave Fredrickson, in conversation with Leigh M. Boehmer, PharmD, BCOP, chief medical officer at the Association of Community Cancer Centers.

I wrote about this Post practice last year. Excerpt:

It’s noteworthy that over the past four years, The Washington Post has hosted multiple “Chasing Cancer” online events, with support from at least five other drug companies that are active in the cancer drug market:  Amgen, AstraZeneca, Bayer, Genentech, Takeda, and Tesaro.

It is not the job of journalism to partner with sponsors.  Ethical concerns arise when news organizations accept sponsorship from drug companies they cover regularly.

So the zombie of conflicted health care news is also still very much alive.

And so my occasional publishing isn’t dead yet either, as long as fodder like the above fans my flames.